It takes time to sink in when people call me star: Vicky Kaushal 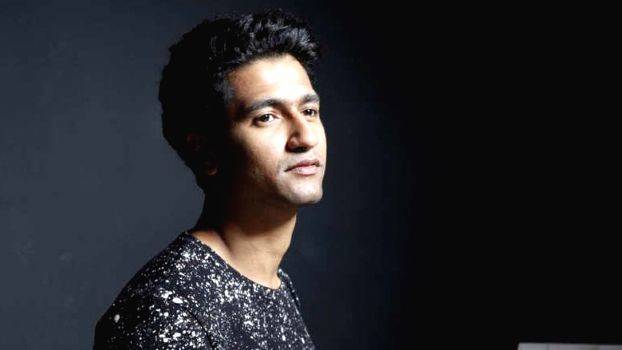 MUMBAI:"I feel there's a halo around me, a constant sunshine wherever I go," says Vicky Kaushal who is currently riding high on consecutive hits and critical acclaim.

The actor, however, has peaked this year with critically acclaimed performances in films like "Love Per Square Foot", "Raazi" "Sanju" and "Lust Stories" and currently awaits for the release of his next outing, "Manmarziyaan."

In an interview with PTI, Vicky says 2018 has been "humbling, surreal and overwhelming."

"When people say I've become a star, it takes time to sink in. My mom asks me, 'I can't have my feet on the ground as a parent, how are you feeling? What are you going through?' I feel there's a constant sense of happiness and gratefulness in me," he says.

"But there are moments when I am alone and I just to scream 'hurray!' to release the happiness. Otherwise I am living with this giddiness that something special is happening, which I've been working really hard for," he adds.

For nearly two years, Vicky did not have a single movie release and was constantly jumping from one film set to another, before they all aligned in a way that success felt hard earned and consecutive.

"I finished 'Love Per Square Foot' in January end and first week of February I started 'Sanju'. Then it finished and within 20 days I had to get into 'Raazi'. When that got over, I was shooting for 'Lust Stories'.

"It was a lot of hard work. But film set is my paradise where I feel at peace. I want everyday of my life on a film set."

The 30-year-old actor, however, insists he would give credit to all of his directors who showed faith in him and says what he is seeing right now, is unimaginable.

"This has been a very organic journey. I had a very less hand in it. It's the makers who had trust in me and I wouldn't take credit. What I am seeing right now is beyond my expectation or imagination."

With the new found fame and success, Vicky is aware that the spotlight is on him and says the most important thing for him to do right now is to not let his belief waver.

"At this point, I need to keep my belief intact: give hundred per cent to your present and your future will be better than what you wanted to be. I still want to focus on the now... Three years ago I never thought this would happen. I never planned, I only worked towards it," he says.

With "Manmarziyaan", Vicky reunites with his mentor Anurag Kashyap and the actor says the "Gangs of Wasseypur" director's working style pushes artistes to give their all.

"He is a very organic, spontaneous director. He doesn't plan on how he is going to shoot, he knows what he wants. So with him, an actor can say two or twenty lines. He doesn't say cut for sometime after the scene is done.

"So you have to just stay in the character. It's the first time you think as a character because you're not told what to do. That's when some of the most organic and magical things happen," he says.

cine-news Shah Rukh Khan richer than Tom cruise and Jackie Chan, Rankings out
Dwayne Johnson aka 'the Rock' settled for the third spot

cine-news Ten cuts proposed but Orange bikini stays; Pathaan gets U/A from censor board
The ruckus over the song may have subdued since the censor board of India has

I like Modi: Unni Mukundan opens up about life in Gujarat

Malayalam films yet to utilize skills of fashion designer Sabi Christie, who changed life for cinema and fashion
TRENDING IN CINEMA