“Thanks to good-hearted Keralites and righteous God”: Omar Lulu 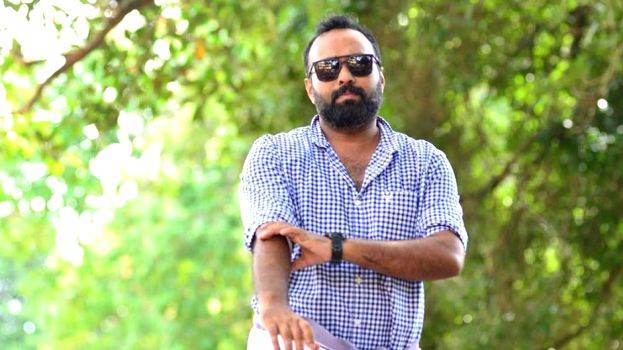 KOCHI: Director Omar Lulu has expressed his gratitude to everyone who had supported him during a hard time. He was talking about the Supreme Court verdict which quashed the case filed against Priya Prakash Varrier alleging that she has hurt religious sentiments in the song ‘Manikyamalaraaya Poovi’ from the movie ‘Oru Adaar Love’, directed by Omar Lulu. He has expressed gratitude to Chief Minister Pinarayi Vijayan and MP Suresh Gopi who had said that the invasion on the creative freedom cannot be allowed. He has also thanked advocate Harris Beeran who appeared in the supreme court, directors B Unnikrishnan, Ashiq Abu and all good-hearted Keralites and the righterous God. He had made expressed this in a Facebook post.

A three-judge bench of the Apex Court, headed by Chief Justice of India (CJI) Dipak Misra and comprising Justice A M Khanwilkar and Justice DY Chandrachud, passed the order and quashed the FIR which objected to the actor's wink in the song.

The court, in its order, said that picturisation of a popular folk song can never be termed 'blasphemous'.

On February 16, the Raza Academy penned a letter to Union Information and Broadcasting Minister Smriti Irani seeking a ban on internet sensation Varrier's song. The academy alleged that the said Malayalam song insults Prophet Mohammad and his 'pious wife'.

The Supreme Court, on February 21, stayed all the cases pending against her and said no criminal proceedings can take place against her in any part of the country, till further hearing in the matter after the actor knocked the doors of the Apex Court.

Priya, in her petition claimed that "a song which has been in existence for 40 years and cherished all along by Muslim community cannot suddenly offend their religious sentiments."

The first song of Malayalam movie 'Oru Adaar Love' became viral on the social media within few hours of its release because of Varrier's cute articulations and a wink, which made the 18-year-old a sensation overnight.

cine-news Just for the information of Sudapis who says I'm a sanghi, Omar Lulu responds after sharing Suresh Gopi's picture
Director Omar Lulu has responded to the crticism he faced for sharing actor Suresh Gopi's

social-media Time is the most expensive thing in the world, Omar Lulu supports K Rail, director's scathing reply to all criticisms
KOCHI: Amid rising protests against the SilverLine project, director Omar Lulu came forward with a

cine-news Pranav Mohanlal to star in Babu’s biopic?
Talks about Babu, the youth who survived hours in between rocks in a hilltop, are

cine-news Omar Lulu supports Dileep in Facebook post, says he is ready to do movie with actor
The actress who survived an attack against her in 2017 wrote about her survival journey

‘Bharat Jodo Yatra is the beginning of a long struggle against fascism’, says VC Satheeshan

‘Thanks for pointing out the mistake, the concept was incorporated and not plagiarized,’ says Chintha Jerome

‘Those who want to kill me are behind the allegations, I am a living martyr’, says Adv Saiby Jose
TRENDING IN KERALA

2000 crore to curb inflation, Kerala is on the path of growth; FM’s budget presentation begins

21-year-old held for nudity towards doctor on eSanjeevani portal