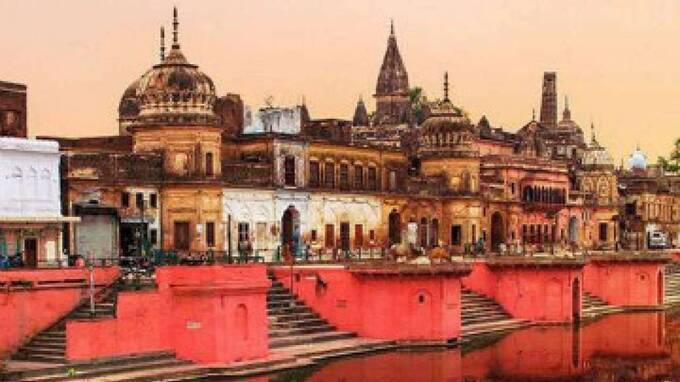 LUCKNOW:Uttar Pradesh Shia Central Waqf Board chairman Wasim Rizmi on Thursday announced he is donating Rs. 51,000 for the construction of a Ram temple in Ayodhya.

Mr Rizvi said the Board favoured the construction of a Ram temple in Ayodhya and the Supreme Court judgment on the decades-old issue is the "best verdict" that could have been possible.

In a unanimous verdict, the Supreme Court last week cleared the way for the construction of a Ram temple at the disputed site in Ayodhya and directed the Centre to allot a separate five-acre plot to the Sunni Waqf Board to build a mosque.

"Now preparations are on for the construction of a grand temple at the Ram Janmasthan. Since Lord Ram is the ancestor of all of us, Muslims also, Rs. 51,000 on behalf of the ''Wasim Rizvi Films'' is being given to Ram Janmabhoomi Nyas towards temple construction," he said.

Whenever the temple is built, Shia Waqf Board will help in its construction, he said, adding Ram temple in Ayodhya is a matter of pride for ''Rambhakts'' world over and also in India.

general 'I want my Masjid back, our fight was not for a piece of land', says Owaisi
HYDERABAD: AIMIM chief Asaduddin Owaisi on Friday said that he will continue to oppose anything

general Ayodhya verdict: Five-acre land for mosque must be in... : Muslim leaders make special demand
AYODHYA: The five acres of land to be allocated for building a mosque under the

general Centre to set up Ayodhya temple trust soon, Modi to preside over meeting within one week
NEW DELHI: Latest report suggests that the Centre will soon set up a trust to

12 members of a family test positive for coronavirus in Maharashtra