Don’t mistake this for cinema shoot; it is wedding invitation soaked in romance! Pics go viral

With changing times, the look of invitation letters has also gone in for sea changes. Till a year ago, the photo shoot was only done on the eve and day of the wedding but nowadays that is not the practice. The new fad is ‘Save the Date’. Some of such photo-shoots go viral on social media.

Now what is going viral among those kind of photos is the photo album of one Ram-Gouri couple. Their marriage will happen on December 20. The hot and steamy photos have been brought out by Pinnacle Event Planners. Many social media buffs have come out to extend their marriage wishes to the couple in the comment box. 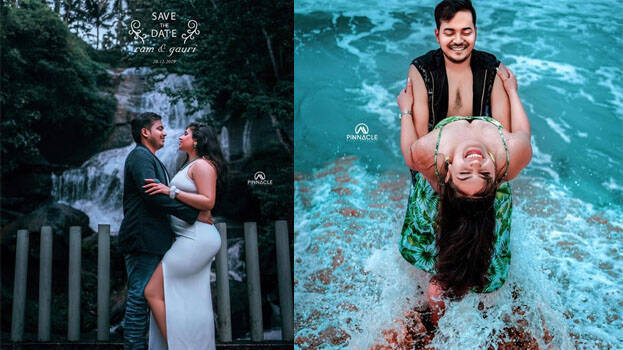