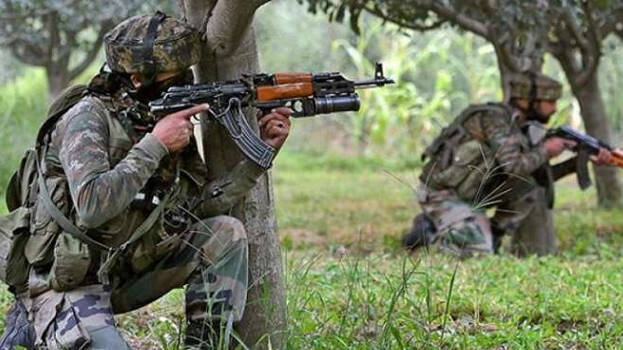 KULGAM: Two terrorists were gunned down in an encounter with security forces in Jammu and Kashmir’s Kulgam district on Saturday morning.

The security forces launched a joint cordon and search operation in Chingam area of the south Kashmir's district late Friday night after receiving specific inputs about the presence of terrorists there, said Kashmir Zone Police.

The search operation turned into an encounter after terrorists opened fire at the security forces party, who retaliated.

The identity and group affiliation of the terrorists are being ascertained.

One M4 rifle and one pistol have been recovered, said Defence PRO, Srinagar.

Earlier on Wednesday, three terrorists were killed by the security forces in an encounter in the Sugan Zainapora area of Shopian district.

general Economy reviving, but GDP growth to be negative or near zero this fiscal: FM
NEW DELHI: Finance Minister Nirmala Sitharaman on Tuesday said there were visible signs of revival

general India, US ink defence pact; Pompeo says US stands with India, mentions killing of Indian soldiers
NEW DELHI: India and the US signed the landmark defence pact, BECA, that will allow

‘Everyone should get success’: PM Modi wishes nation on Mahanavami

‘New beginning’ for Harish Salve: All set for second marriage with London-based artiste

“PM has decided when there will be war with China and Pak, says UP BJP chief
TRENDING IN INDIA

All citizens in the country to get free COVID-19 vaccine: Union Minister Pratap Sarangi

All Indians to get free COVID-19 vaccine, says union minister