'Thugs of Hindostan' to release worldwide on November 8 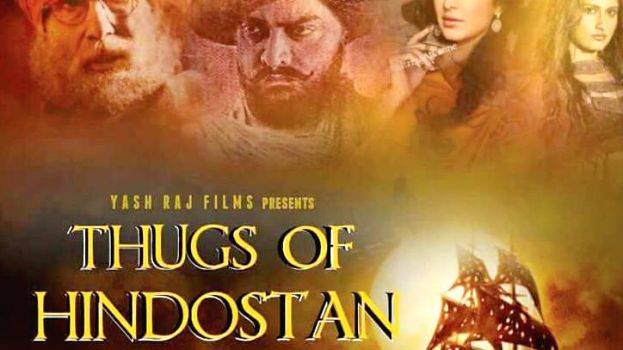 "Thugs of Hindostan" has been extensively shot in picturesque locations of Malta and Rajasthan. Yash Raj Films on Monday launched the logo of much awaited action-adventure film Thugs of Hindostan. The promo is one minute and 16 seconds long and gives a sense of the epic scale of the film.

cine-news Shah Rukh Khan a hero off-screen as well, saves Aishwarya Rai's manager's life with his timely intervention
As per reports, Bollywood star Shah Rukh Khan is not only a hero on the

cine-news 'Bachchan sir was standing on stage, his face filled with anger and disappointment'; Priyadarshan recollects unforgettable memory about Amitabh Bachchan
Priyadarshan is one of the most prolific directors in Indian cinema. The director, who created

cine-news Katrina in red hot backless dress at IIFA Rocks 2019; Young actor tells her 'back off'
Actor Katrina Kaif stole the spotlight at the IIFA Rocks red carpet on Monday. The