Congress to be rejigged from booth level, will also consider appointing spokesman; guidelines for choosing candidates out 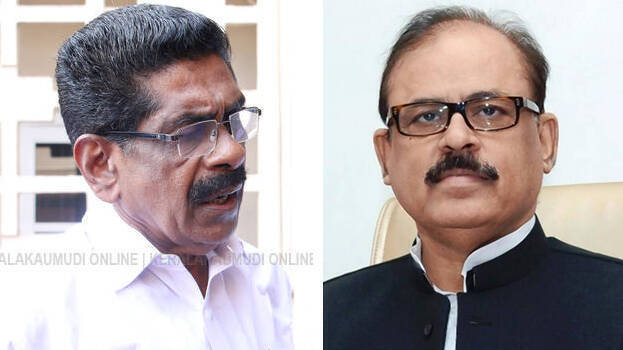 THIRUVANANTHAPURAM: AICC has decided to reconstitute the booth level committees in Congress on the basis of its performance in recently held local body polls. General secretaries who have the charge of various districts will be directed to reconstitute booth level committees. AICC will also brief the state leaders the guidelines on the basis of which Candidates should be determined.

The party will also conduct discussions with the organisations from trade, industry and technology sectors and also with community organisations before drafting the poll manifesto. The campaign committee, media and social media committees will be reconstituted. KPCC is also considering the proposal to appoint spokesman for the party at the state level. Expansion of UDF is also another area actively considered by the party.

AICC secretaries will evaluate the progress of election activities after categorising the entire state into different regions. The meet for discussing the poll preparedness in the Malabar region will be held on Thursday. The two-day-long political affairs meet was cancelled on the grounds that another meeting is not needed to evaluate the election failure. Other kinds of internal rejig in the party will be also held this week.

general Not right time to talk about alliances: Kamal Haasan
CHENNAI: Makkal Needhi Maiam (MNM) president Kamal Haasan on Monday said it was not the

general Kuthiran tunnel: HC lashes out at NHAI over delay in construction
KOCHI: The Kerala High Court on Monday lashed out at the National Highway Authority of

general Centre accepts suggestions of state, includes ministers and MPs in Alappuzha Bypass inauguration event
NEW DELHI: The Center has issued a new notification including those who were excluded from

'I don't know what politics is, thanks to the person who brought up such a thought'; actress reacts to report about her contesting as BJP candidate

'It does not matter if Jose K Mani went to LDF or Abdullakutty went to BJP'; complainant in solar case puts LDF on the defensive

'Just married' board on number plate; motor vehicles dept’s search operation on to find out Benz car which encircled town on wedding day