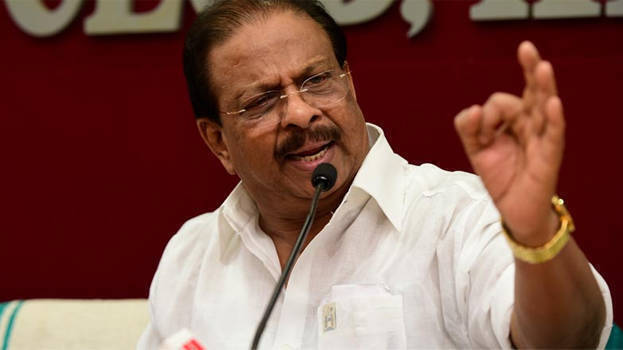 THIRUVANANTHAPURAM: KPCC president K Sudhakaran has slammed the CPM’s guts to ask for funds even after squeezing the public by increasing electricity tariffs, bus fares and water charges and placing a yellow stone on the chests of the people in the name of K-Rail.

The CPM, which had presented a model to others by taking action against those who raised allegations about martyr fund frauds, should end this shameless fund collection. Sudhakaran also questioned the legitimacy of the chief minister, who is not ready to reduce luxury even amid severe financial crisis, and the CPM, which has repeatedly denigrated Gandhi, to fight against inflation and communalism.

The police are taking a case in the name of the popular protest in Kalpetta, as per the order from AKG Centre. Why are the police, who are so eager to take case against the KSU state president, not registering any case against the CPM goons who vandalized the KPCC headquarters and various Congress offices in the state, asked Sudhakaran.

crime Mystery shrouds Manorama's death, police still groping in dark, five migrants in custody
THIRUVANANTHAPURAM: The police have intensified investigation into the incident in which a housewife was killed

crime No money lost from Manorama's house, what led to the heinous crime? Police intensifies search for Bengali
THIRUVANANTHAPURAM: Some crucial information has surfaced in connection with the murder of an elderly woman

politics CPM leadership meet to begin today: will formulate strategies to resist ED
The CPM state secretariat and state committe meeting to be held this week will discuss

‘Has left home earlier and had returned;’ find my son at the earliest, requests missing Deepak’s mother

14 in police net for fleeing with gold of 1.5 kilos

27th edition of IFFK to be held from December 9; entries into competition category to be accepted from this month

A story for Purushu; cat-lover Bindhu writes story for her deceased cat