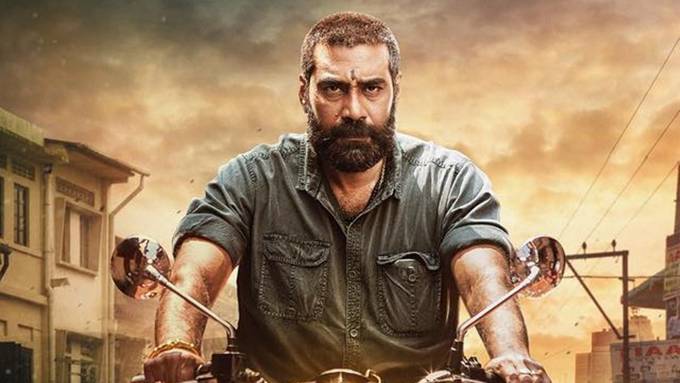 Biju Menon once again raises the bar. The actor, who has managed to be a timeless star, has again brought out a quirky yet interesting movie. It is a gangster comedy that is both breezy and funny.

As Chenkal Raghu makes his entry on a bike, clad in a lungi and an olive green shirt, backed by a thumping background score, most of the audience go ‘wow’. Raghu (Biju Menon) is a local goon whom men and women of all ages adore. The Thiruvananthapuram native’s adventurous gangster stories are popular lore across Kerala. But the chronic bachelor is a mama’s boy who never utters a word against her.

Pinku (Basil Joseph) is in hospital after he was thrashed by a guy whose phone is with him. Pinku wants his friends to take revenge on him. His big brothers, Senen (Dileesh Pothen), Sreekuttan (Saiju Kurup) and Sudhi Koppa (Renju), give him their word that they would catch the man and make him apologise to him. When they find out that the man they are looking for is from Kasaragod, they take help from Raghu Annan.

The trio along with Raghu set out to Kasaragod in Raghu’s car. On the way, they encounter many funny instances. The mode of transport changes to a bus and then to a lorry. How they manage to get him to the hospital in Thiruvananthapuram is what the movie is all about.

Rafeek Ibrahim’s debut directorial begins with a promise that it will grow into a good comedy. He keeps the tempo up throughout, helped mainly by dialogues that often create a laughter riot. Every actor - be it Biju Menon, Basil Joseph, Saiju Kurup or Dileesh Pothen -- in the film is a treat to watch. They effortlessly take the tale forward.

The making of the movie is experimental without sacrificing the entertainment quotient. The graphics and cinematography are innovative and Prashanth Pillai’s music adds an extra bounce to the film. The scriptwriters Arun AR and Ajai Rahul have brilliantly and aptly showcased the diversity of Malayalam dialect, found across Kerala.

In short, it is a complete entertainer that deals with the enjoyable road trip of four simpletons who are hilariously dedicated to their friends.