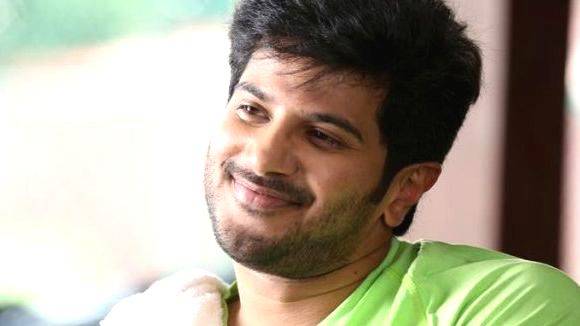 ‘Oru Yamandan Premakatha’ is an upcoming movie directed by debutant B C Noufal starring Dulquer Salmaan. The movie is scripted by actors-turned-script writers Vishnu Unnikrishnan and Bibin George. The shooting of the movie is in progress. The crew members have clarified that the movie will be released next year. Theevandi fame Samyuktha Menon and Nikhila Vimal are the heroines of Dulquer in this movie. The movie is said to be a comedy entertainer and it includes a star-studded cast. The movie is produced by Anto Joseph. Dulquer is currently doing two Tamil movies – Kannum Kannum Kollayadithal and Vaan and a hindi movie titled ‘Zoya Factor’

cine-news Man gets stuck in fiance's house due to national lockdown, was there anyone else with them?: 'Wolf' with engaging theme, Fahadh releases poster
Fahadh Faasil has released the first look poster of 'Wolf' directed by Shaji Aziz based

cine-news I observed you the entire time like a student and a fan: Dulquer Salmaan writes emotional note about his 'Karwaan' co-actor Irrfan Khan
The film industry is shocked by the demise of actor Irrfan Khan. Many expressed their

cine-news I lost control and slapped him on his face: Samyuktha Menon opens up about her bad experience
Mollywood actress Samyuktha Menon made her debut as lead through the cinema ‘Theevandi’ opposite Tovino

cine-news Dusky beauty in 'Kammattipadam' astonishes again with ultra glamorous photos
Moviegoers might not have forgotten the dusky beauty Shaun Romy, who came as the female

cine-news "Now Dulquer’s father can be proud, he’s here to stay in Malayalam Cinema"
Cinematographer S. Kumar has amazed us with many movies. When ‘Thiranottam’ was released in 1978,

cine-news Smart, bold and beautiful Samyuktha in Kalki
Tovino plays a police officer in the film. The film is directed by debutant Praveen

Folk songs sung by Nedumudi Venu will be in the minds of the people for a long time to come: Chief Minister