Two-time losers will not be considered; two below 40 should be given chance in all districts, leaders write to high command 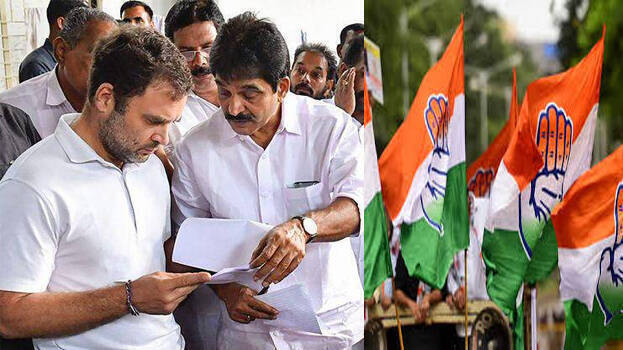 THIRUVANANTHAPURAM: Leaders of the state write to the high command demanding general criteria for the selection of candidates in the Congress. The letter was sent by leaders including T N Prathapan. The main demand is not to consider two-time losers.

Opportunities should be given to at least two below 40 years in all districts. The leaders also demanded that the representation of KSU and Youth Congress be ensured through this. It is heard that soon after the letter was sent, the high command had returned the first phase probability list of districts including Thrissur.

A survey conducted by the AICC found that not even one person from the list of probable candidates from Thrissur would win. With this, it is uncertain whether Padmaja Venugopal and others will contest or not. Those opposing Padmaja assert that she was not able to make any gains even after being in the constituency for the past five years.

politics CPM's position was written in party's mouthpiece, response to everything NSS said isn't necessary: A Vijayaraghavan
THIRUVANANTHAPURAM: CPM state secretary A Vijayaraghavan has reacted to the NSS action criticizing his article

politics ‘NSS trying to be tail of RSS’: CPM criticises not only Sukumaran Nair but also Mannath Padmanabhan
THIRUVANANTHAPURAM: The CPM came down heavily on Nair Service Society (NSS). CPM state secretary A

politics RSS providing training to kill someone in a single stab; those attempting to defend RSS in the murder of Abhimanyu do not deserve forgiveness
Finance Minister Thomas Isaac has come down heavily against the RSS over the death of

politics 'Had recently undergone surgery to remove fat from neck...that is why I announced my resignation through Facebook'; Jaleel requests media not to seek his response
KOCHI: Former Minister KT Jaleel on Tuesday said that his health is not in a

politics 'This might not appear like a big mistake to CPM which appoints wives through backdoor '; K Surendran takes a dig at CPM, govt
KOZHIKODE: BJP state president K Surendran on Tuesday said that former minister KT Jaleel and

politics Chief minister has violated his oath through appointment of relatives, Jaleel resigned as his crime was caught red handed, says V Muraleedharan
NEW DELHI: Union minister V Muraleedhran has said that the case which led to the
TAGS: POLITICS, TWO-TIME LOSERS, WILL NOT BE CONSIDERED, TWO BELOW 40, CHANCE, ALL DISTRICTS, LEADERS, WRITE, HIGH COMMAND
SPONSORED AD

'50 lakh dose of vaccine should be made available to Kerala immediately', Chief Minister's writes to Union Health Minister

'Do you believe that I am cruel enough to kill Mansoor?'; accused in Mansoor murder case surrenders