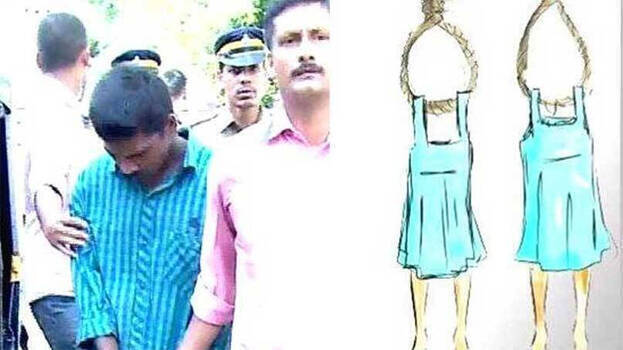 KOCHI: The Kerala High Court on Wednesday ordered a re-trial in the Walayar case in which two minor sisters were found dead in their hut in 2017 after allegedly being sexually assaulted.

A Division Bench of Justices A Hariprasad and M R Anitha allowed the appeals filed by the state government and the mother of the children and set aside a Special Protection of Children from Sexual Offences (POCSO) Court order acquitting five accused in the case.

The court directed the accused to appear before the trial court on January20.

It observed that there were serious lapses in the investigation and that the entire matter needs fresh consideration.

The court also allowed the prosecution to seek permission from the trial court for further probe into the matter.

"We are constrained to observe that the initial part of the investigation into this case was utterly disgusting. The probe officer, deputed to investigate into the case, failed to gather any proper scientific evidence even after a week after the death of the younger girl," the court observed.

The bench expressed dissatisfaction in the manner of conduct of trial by the POCSO Court and pointed out the need for special training for the POCSO Court judges.
The eldest girl, aged 13, was found hanging in the hut on January 13, 2017 and the younger sister (9) on March 4.

Both were allegedly sexually assaulted.

However, a special POCSO court in Palakkad had, in October 2019, acquitted the five accused for want for evidence.

Days after the acquittal, the government had, on November 18 removed the Public Prosecutor who handled the case.

Later, the government filed an appeal in the High Court challenging the acquittal, saying the lower court verdict was absolutely perverse and wholly unsustainable.

general ‘LDF for sure,’ party comes up with new poll tag line
THIRUVANANTHAPURAM: LDF comes up with a new tagline for the upcoming assembly polls.

general 'There was a time when there were more than 10,000 COVID cases and more than 150 deaths in Karnataka'; CM lashes out at Karnataka
THIRUVANANTHAPURAM: Chief Minister Pinarayi Vijayan on Thursday said that the reason for the perception that

general No fundamental right to seek recognition for same-sex marriage, only man and woman make family: Centre to HC
NEW DELHI: The Centre on Thursday told the Delhi High Court that there is no

general Restrictions at Kerala-Karnataka border: Will not cause inconvenience to people, says Karnataka deputy CM
THIRUVANANTHAPURAM: Karnataka Deputy CM Dr. CN Ashwath Narayan said that steps will be taken to

'I don't believe in pre-poll surveys, assembly elections will not be like panchayat elections'; V Muraleedharan says BJP will win more seats in Kerala

'I haven't seen a better administrator than him in 37 years of service, no words to describe him'; Vishwas Mehta praises Chief Minister Pinarayi Vijayan

'Their demand does not seem reasonable': Discussions will not be held with the CPO rank holders, says AA Rahim

'We are here to fight BJP, people of Kerala know it'; CM slams Rahul Gandhi

'Would welcome IUML if they change their agenda, should be asked to them whether they are ready to join': K Surendran

‘Article on Hagia Sophia widely misunderstood, Panakkad family have only love and respect for Christian religious groups in the state’

‘Hats off to opposition leader, it is not a small thing to ratify an agreement without CM’s knowledge, with assistance of an officer working under him’
KERALA KAUMUDI
GENERAL
ONLINE DIVISION
SECTIONS
CONTACT US
KAUMUDI GROUP