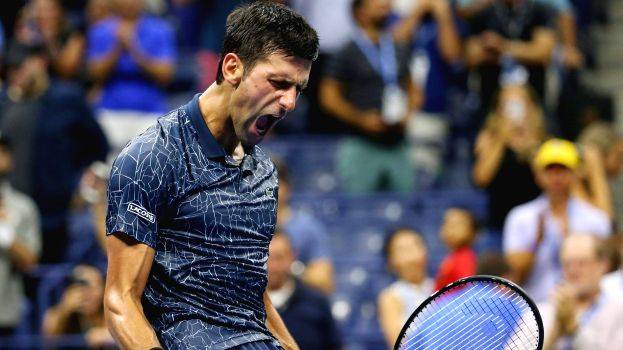 The Serbian star went up 1-0 in the first set, before del Porto tied the set. The duo would go back-and-forth, tying the set three times before Djokovic claimed the early edge by winning three consecutive game points.

Djokovic looked to take control again in the second set by going up 3-1 in the second set, but del Potro came roaring back. The Argentine won five consecutive match points, but was outlasted by Djokovic in a tiebreak to fall behind two sets.

But the Serbian won the final three game points to claim the championship.

"I'm so glad to be playing the final against this magnificent idol," del Potro said. "He's one of my friends on tour and he knows that he is one player that I want to watch win titles. Of course, I'm sad because I lose but I'm happy for Novak."

Djokovic is now tied for third all-time with Pete Sampras for majors on the men's circuit.

general Zverev shocks Djokovic to win ATP Finals
LONDON: Alexander Zverev emphatically announced his arrival at the top of the men's game by