I still remember that film of Mohanlal, Oommen Chandy on his favourite film

Former chief minister Oommen Chandy completed 50 years as a member of the state assembly. He is a true leader of the people of Kerala. Will a person like him get a chance to see a film? Although he loved watching movies, he never got a chance to see films after becoming a MLA, he had earlier revealed in an interview. 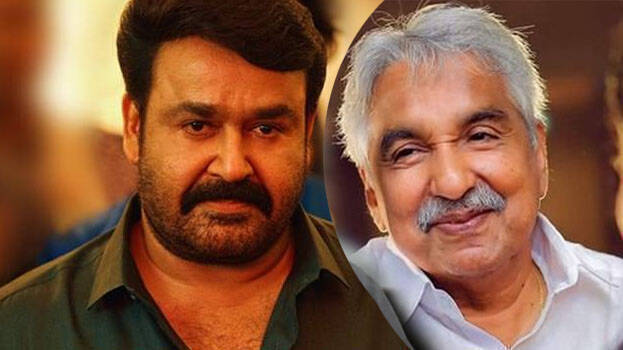 Chandy said that he had seen some movies. He opened his mind in an interview given to Kerala Kaumudi Online about his favourite film.

general Central agencies strangulate state govt; CBI should be ousted from state, CPM directive
THIRUVANANTHAPURAM: CPM hatches plot to oust CBI from the state. At a time, when the

cine-news ‘May God help you do big films and become one of the biggest stars in the industry,’ Mohanlal’s special wish for Prithvi
As the young star of Mollywood turns a year older today, wishes are pouring in

cine-news Royal entry of Mohanlal, eyes of fans not only clung on him but also on his shirt, those who enquired its price, raised eyebrows in awe
Mohanlal is now busy with the shooting of his latest film Drishyam 2. The super

cine-news Mohanlal gets out of car, walks to filming location in his trademark gait, video goes viral
There is a video of Mohanlal doing rounds on the internet-well it is not a

general All getting ready to hear that 'story', another Twenty 20 in the making
Almost all stars of the Malayalam film industry like Mammoottty, Mohanlal, Jayaram, Dileep, Suresh Gopi,

cine-news Mammootty to join Mohanlal in Empuraan? Murali Gopi posts photo with megastar, Prithviraj shows up in comments
'Lucifer', Prithviraj's debut movie as a director with Mohanlal in the lead role was a

‘One call of him can lose jobs, ruined a lot of lives, biggest don of industry’, actress levels serious allegations against Mahesh Bhatt

Aashiq Abu, Tovino to team up after 'Maayanadhi'; Anna Ben to play female lead in 'Naaradhan'