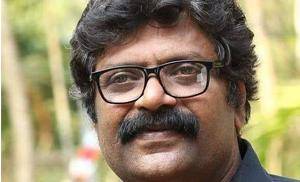 Film maker Ali Akbar has come out to criticise those who shower him with verbal abuse as soon as he puts up a FB post on the nation’s culture or Modi government.

He has written the new post with the title, ‘For whom is Religious Fanaticism?’

He says that he had visited the profile of persons who censure him. “Most of them were found to be Fake IDs. When I read through their minds, I could sense their harsh religious sentiments within them. Sangh Parivar organisation are their main enemy.

They are people who are scared of Modiji’s administrative reforms.

In 2019, Modi should gain majority in the Rajya Sabha also and the government should be aware of the need for upholding the nation’s rich tradition before the world.

By reading regularly the holy Gita, we come to realise that we are living in a great culture that conceives and tolerates other cultures,” Ali Akbar says.

general Pinarayi is the head and brain of Sivasankar; all needs of chief minister were fulfilled through him says K Surendran
KOZHIKODE: All things which the government wanted to do with UAE consulate was accomplished through

general Digital media, completely uncontrolled, needs to be regulated first: Centre tells SC
The Union government on Monday once again told the Supreme Court that if it decides

general Mandatory 14-day quarantine for those entering Kerala from red zones ; Issuance of digital pass stopped for now
THIRUVANANTHAPURAM: The State government on Thursday said that persons seeking to enter Kerala from red

'House construction began under government project, my comment was premature'; youth who commented on VK Prasanth MLA's post comes up with explanation

'Who gave you authority to take law into your own hands? Actions of accused send wrong message'

‘What is the reason for replacing me with prosecutor of UDF govt?’; former public prosecutor in Walayar case takes a jibe at CM

12-year-old boy dies after accidentally strangling himself with towel