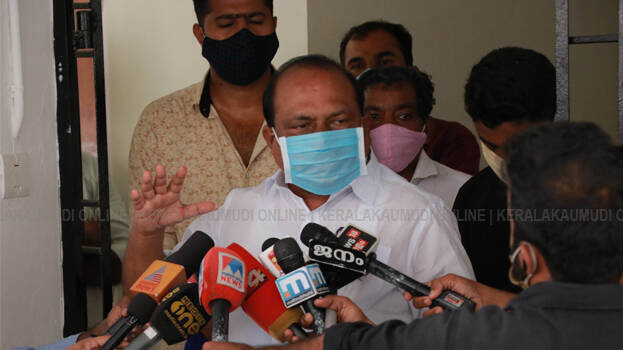 KOCHI: Bail plea of former minister V K Ebrahimkunju who was arrested in connection with Palarivattom bridge scam case, will be taken up by the court on Tuesday. The plea is taken up by Muvattupuzha vigilance court. The court will also consider the plea of the customs department demanding Ebrahimkunju’s custody.

Meanwhile, the report of the medical board on Ebrahimkunju’s health condition will be submitted before the court on Tuesday. The court will take up customs plea seeking the MLA’s custody on the basis of the report. As of now, Ebrahimkunju is under judicial custody and is undergoing treatment in Kochi lakeshore hospital. The MLA is the fifth accused in the case.

general Condition of KV Vijayadas remains extremely critical; MLA not responding to medicines
THRISSUR: The health condition of Kongad MLA KV Vijayadas, who has been undergoing treatment at

general Fraudulent voting: Kunjiraman cannot threaten anybody, it’s not in his nature, says chief minister
THIRUVANANTHAPURAM: Chief Minister supports Udduma MLA A K Kunjiraman over the allegation that he threatened

general It was a mistake to write that the academy has a left character: Kamal responds on letter given to cultural minister
THIRUVANANTHAPURAM: Film Development Corporation chairman Kamal has said there were certain lapses on the letter

'Do not decide candidates on basis of groups, newcomers should be given chance'; High Command gives severe instructions to state Congress

'Won't contest against Pinarayi Vijayan, I have good personal relationship with him'; Congress leader clarifies his position

‘I don’t think I was sidelined, leadership led by Chandy is inevitable’, says Chennithala